Blockchain and Pharma: Partnership for a secure Healthcare

Blockchain and Pharma: Partnership for a secure Healthcare 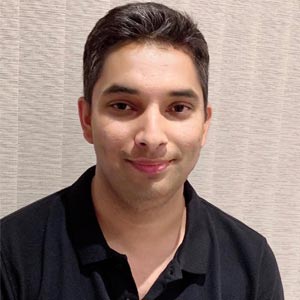 What is the first thing that comes to mind when you hear the word "blockchain"? Most likely, cryptocurrencies such as bitcoins or something related to financial transactions. If that happens to you, you are not the only one. That's how blockchain has been popular so far in the digital world. Blockchain is most commonly associated with cryptocurrency or financial transactions.

Blockchain is beyond that. I think blockchain is a revolutionary technology for our time. One of the fundamental purposes of good technology is that it should apply to numerous different business cases. For example, an electric motor was built to convert electrical energy into mechanical energy. Energy conversion was a core principle of the motor, and that enabled various innovations around us. Today, you see the use of motors in everything from small toys to big, heavy aircraft. Likewise, blockchain is a technology that has the capability for many possible innovations that we can only imagine.

Trust is an Issue

When COVID-19 hit our society, the world witnessed a new challenge in supplying healthcare items. Essential items like medicines, PPE kits, and food products faced a big problem in the supply chain. There were many reports of the supplied medicines being fake or stolen from the shipment. The issue was not new, but it had reached a new level with COVID. The US National Health Institute mentioned in their report that since the outbreak of the COVID-19 pandemic, the threat posed by fake medicines and medical products has increased dramatically.

The scope of vulnerabilities grows in proportion to the size and complexity of the global trade and supply chain. According to the WHO, an estimated 1 in 10 medical products circulating in low- and middle-income countries is either substandard or falsified. The national standards body of the United Kingdom (BSI) estimated cargo theft at over 1 billion dollars with the U.K. and U.S.

There are various actors involved in these supply chains, like manufacturers, storehouse owners, transporters, suppliers, distributors, and retailers. This chain can become even more complicated when the item is being supplied from a different country or continent. However, companies try their best to keep their supply clean and avoid any bad actors, but there are still chances that the bad actors can intervene.

There were numerous instances where people received products that were duplicated, faked, or contained falsified materials after following a lengthy supply chain trail. How do you know if an over-the-counter pain reliever is genuine?

Blockchain is helping to solve this problem. Blockchain brings a unique perspective to tracking transactions to avoid fraud. Let's briefly understand blockchain before going to the solution it presents.

Blockchain functions similarly. All the transactions done in blockchain networks are called "blocks." Stored transactions or blocks are encrypted via unique, unchangeable hashes. Once a new transaction occurs and all the members of the network provide their "consensus," then only a new block is added to the network. In reality, a block is just a data type with a unique identifier. Each block has a reference to its previous block. Hence, from any block, you can traverse the whole history of previous transactions in the network. This chain of blocks is called a "blockchain." Because it contains a chain of transactions, blockchain is also known as a ledger. Each member always has the latest copy of the ledger. Hence, no one can corrupt the ledger or falsify the entries.

All Parties Under One Roof

Blockchain is used in the supply chain to address some of the known vulnerabilities of this space, as I already mentioned at the beginning. One big challenge in implementing blockchain is bringing all different parties under one network and protocol. If all the parties agree to use the same blockchain network, then only successful vulnerability prevention is possible. For complete traceability, each party must add the transaction to the network when the item passes through them. Once all the transactions are recorded in the blockchain, it is easy for the organization to check the authenticity of the transaction. However, once implemented, blockchain is an affordable and very scalable option to prevent these vulnerabilities. A simple mobile app or web browser that can read a barcode can do the job. Organizations don't have to invest a lot at the field level. All of the efforts go into building the network on the backend and connecting all of the parties.

We are not far

In recent years, big pharma companies have been exploring blockchain for their supply chain challenges. However, most of the initiatives are in the early stages. As supply chain challenges grow, big pharma must consider robust technical solutions. Another important factor is the Drug Supply Chain Security Act (DSCSA), an act by the US Congress passed on November 27, 2013. It outlines steps to build an electronic, interoperable system to identify and trace certain prescription drugs as they are distributed in the United States. This act gives pharmaceutical companies ten years to develop a robust and transparent traceability system for packaging and distribution. This period will end in 2023. Blockchain technology is an obvious contender to achieve robust and transparent end-to-end traceability.

A few names are worth mentioning here. MediLedger Network is a blockchain focused on pharma supply chains. MediLedger has pharma leaders such as Gilead, Pfizer, Amgen, Genentech, AmerisourceBergen, and McKesson among its members. They have already launched a blockchain-based verification system that makes it easier to verify that a returned drug is authentic.

IBM is also investing a lot in blockchain for innovative solutions. Since 2016, they have been working on developing an enterprise-grade blockchain platform. In 2020, IBM, KPMG LLP, Merck & Co., Inc., and Walmart Inc. completed a United States Food and Drug Administration (USFDA) pilot program. This programme demonstrated how blockchain technology can be used to help meet the Drug Supply Chain Security Act (DSCSA) requirements to verify, track, and trace prescription medicines and vaccines distributed within the United States.

Blockchain as a technology has a lot to offer. A shared interest and a commitment to transparency can lead to many amazing solutions that we cannot even imagine today.

Performance Insights: An Intelligent System to Answer All Sales Questions

Salelytics: The Dawn of a New Era for Sales Technology

Quip For Salesforce: Transforming How Sales Teams Work Together

The Journey to Swift Digital Transformation

Virtual Immersive Learning: The Next Frontier in Higher Education

Making the Case For Moving from Health IT to Health Analytics

Data as a Business

Ricardo Leite Raposo, Director of Data & Analytics at B3